Askari explicitly and creatively recounts the dirty tricks used by the Apartheid police and their agents to kill activists and cause havoc in communities.

by Mokgadi Mogy Mashako
in Features, News
0
Share on FacebookShare on TwitterWhatsapp

The daring director of the celebrated stage play Askari which recently had a run at The South African State Theatre is hoping his production will soon hit the international stage.

Winterveldt born Sello Maseko, 38, dared to delve into a part of our history which many choose to shy away from.

Maseko hopes that after playing to packed audiences here at home the production will in future grace the stages of some of the world’s theatres abroad.

Askari explicitly and creatively recounts the dirty tricks used by the Apartheid police and their agents to kill activists and cause havoc in communities.

Set at Vlakplaas the headquarters of the police counter insurgency unit, the pulsating political thriller tells the story of activists who were captured and then forced to work against their comrades.

The Vlakplaas unit gained notoriety in the 1980s when it emerged that it was responsible for the brutal murder of human rights lawyer and activist Griffiths Mxenge.

It was also responsible for dozens of deaths, abductions and torture of anti-Apartheid activists in the country and across the borders in Lesotho, Botswana and Swaziland where many activists were exiled.

The play offers a complex reading into how after being turned into askaris, trusted comrades would be sent back to their communities to track down and kill their own or set them up for various crimes.

The cast of 12 is supported by a six-piece band that underscores the scenes that elevate the themes of love, hate, struggle, betrayal, fear and forgiveness, which direct the musical.

The set design comprises two households, one belonging to Colonel Swanepoel (stage right) and the second house (stage left) to Thokozile Madida, a housekeeper to Swanepoel and his unbiased journalist wife, Marita, played by Monnica Muller.

In the middle of these two houses is the Vlakplaas headquarters where Swanepoel gives directives and discusses the death squad’s next moves with clashing askari leaders Boboza Khumalo and Thomas Maseko.

“When people out there hear about askaris, they must shiver, they must suffocate in fear. Like the dragon we must vomit fire and destroy every enemy of the state,” says Swanepoel to his charges in one of the dialogues.

Maseko highlights that the process of putting up the play was no easy task, however, he knew all challenges needed to be overcome.

“I told the cast that the journey wouldn’t be a simple one because we are dealing with a story of bloody people. And because of these spirits that we are dealing with, they would inherit their enemies that are alive and those that have departed,” he said.

After many emotionally charged rehearsals and exceptional research, the cast and crew pulled off a successful run at the South African State Theatre and managed to secure a short run at The Market Theatre in Newtown, Johannesburg until 23 October 2022.

“The State [Theatre] and Market Theatre have been dreams come true. And after going to the Market Theatre, I would say I would have completed a full circle at this young age,” reflects Maseko.

The actors’ bodies are used to portray the violent and brutal events that occurred at Vlakplaas, through brilliantly choreographed physical theatre that is at best rhythmic, combatant and haunting.

Maseko’s vision of the piece encourages the onlooker not to judge the characters too harshly as it is circumstances that placed them there.

Maseko also directed the award winning play Angola, which deals with the atrocities committed by freedom fighters against their own comrades during the exile years.

Judging from the resounding reception from audiences, Maseko believes that Askari is ready for international audiences and is confident the play will one day feature on Broadway and other renowned African stages.

“My stories are meant to sweep and soothe those broken hearts of those people who are nobodies in the townships today, but who ushered those who fought for this freedom,” Maseko said.

“I think what makes me sleep at night is things like having an old man who was once an askari, come watch the play and say to me after watching the show, he is free to die in peace,” said Maseko.

This article was originally published by mukurukurumedia.co.za on their website and has been reposted here withe their permission. 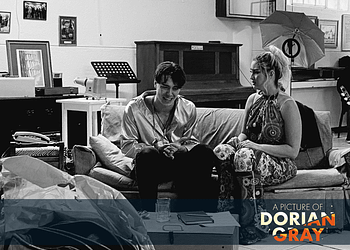 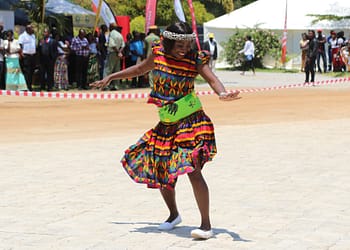