“What did you do for the thirty years?” Questioned part of the script.

It is not a usual thing seeing Ugandan writers’ works celebrated years after they were created. Of course, literature always finds a way of staying on the shelves for future generations, but when it comes to songs, film or theatre, some are lost with the composers.

It is only a few times that you will hear news of a re-imagining of great productions like Byron Kawadwa’s Amakula Ga Kulabako or Wycliffe Kiyingi’s Mudduma Kwe Kwaffe and it was probably in such spirit that the shows of Alex Mukulu’s classic 30 Years of Banana took many by surprise.

Staged at the Playwright Play House, a new theatre space in Mengo, Kampala, the classic was directed by Phillip Luswata who also took over the Karekezi role that was originally done by Mukulu.

For many people in the audience, the shows were surreal reminisce of the classic when it came out almost thirty years ago, yet for many younger people, they were watching the production for the first time and thus got a chance to interact with the artistic voice towards the politics of the time.

Luswata for many reasons did not intend to change things in the production thus it was clear that he traded carefully through the topics by not trying to make the audience do the impossible – compare the times of the writing with the current. 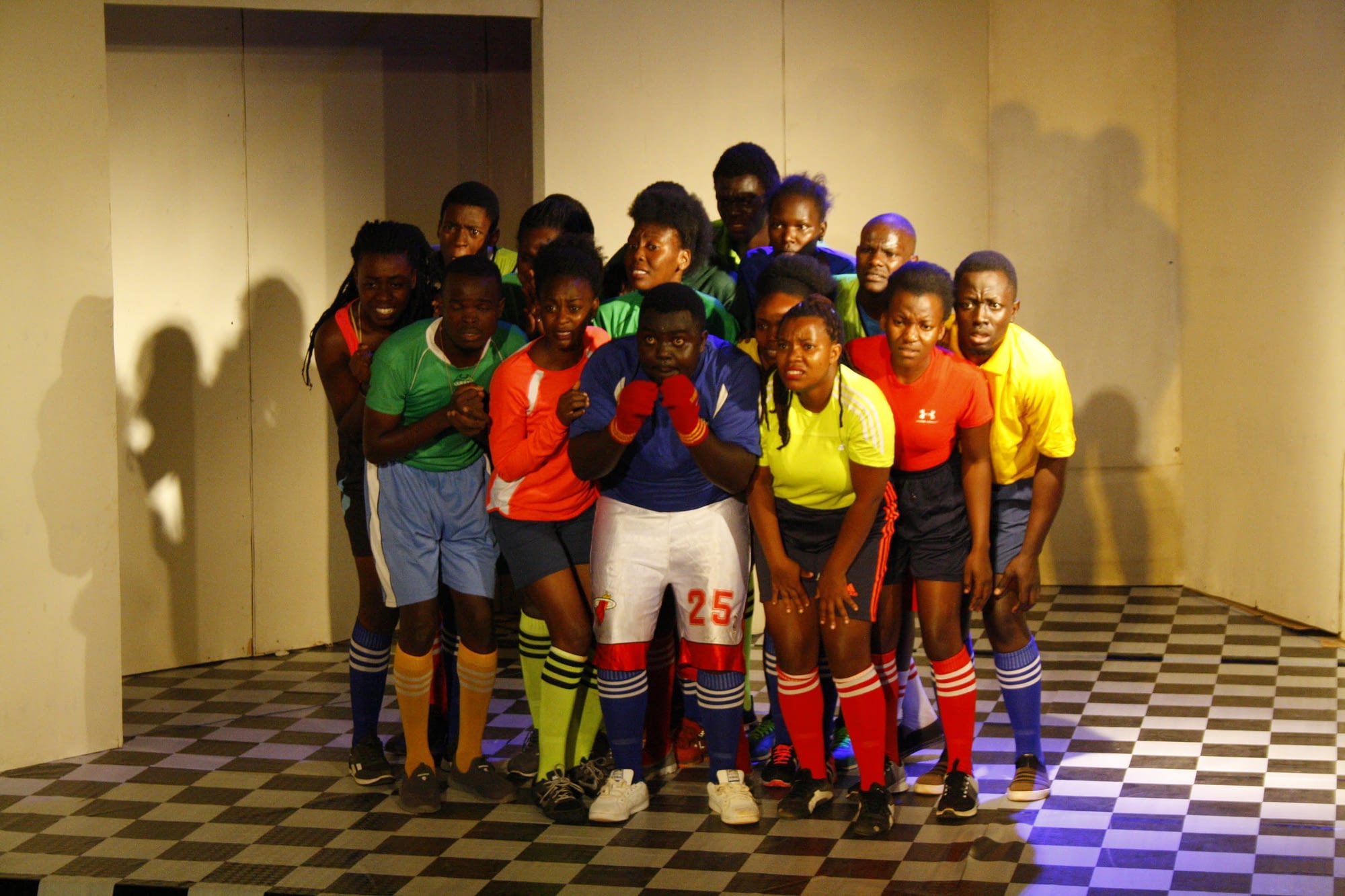 Much as he uses a young cast, they took on roles of two different generations, those that saw and those that had only heard about the atrocities of the past regimes. The production takes its audience through the Ugandan journey that includes getting an independence they were not ready for.

But the writing takes on a sport – football as collage to represent running a country. In this case, football the game seemed to be the country and Ugandans were the players.

Very many times, creatives may not think about the timing and decisions of their productions, but the audience at Playwright Play House definitely felt the relevance of the production especially being put on today.

This was mostly because, in his writing, Mukulu questioned people that had lived through the turmoil of Milton Obote and Idi Amin about their role in Uganda’s destruction; “What did you do for the thirty years?” Questioned part of the script. The show being put on today, an audience member noted that this generation may too have to answer the same questions when it comes to everything going on in the country. 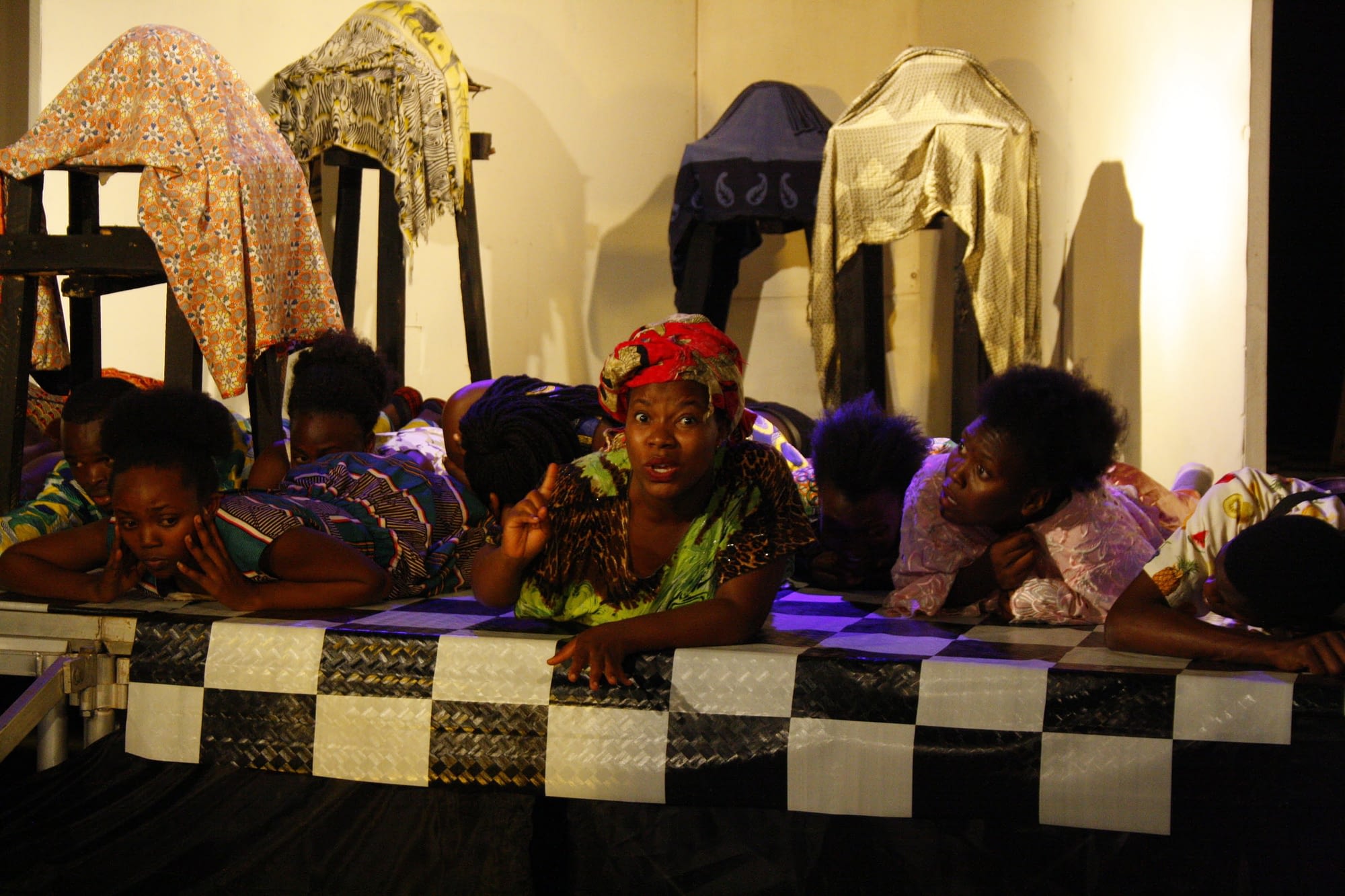 But there was more to the production than just it being a celebration of a classic, for instance, Luswata’s fights for an arts space that is the National Theatre have been well documented over the years.

After all was said, probably he realised that fighting for a space kept him away from what he loves doing and thus, probably thought of establishing an art space where he would practice without complaining about those organising wedding meetings and tea parties.

The Playwright Play House is a new theatre space that was created by Phillip Luswata and his Theatre Factory team – the aim is to keep acting and creativity active especially at the time when art spaces are shrinking or are being politicised.

These Are Not My Shoes is Powerful Social Commentary

Snapped: An Ode to Unresolved Grief

Kafka’s Ape: Humanity Through the Eyes of a Human-like Primate