Green Chilli, Chilli Not So Hot

Over the years, mainstream entertainers have picked an interest in art that is not all glamour. For instance, it is not news to find Patrick Idringi on a film set or finding a narration Sheebah Karungi has done for a dance production. In the same way, it was not as surprising when artwork for Green Chilli started making rounds a few weeks back; the work indicated that media personalities Malaika Nnyanzi and Roger Mugisha were going to star in a production together.

With the exception of Mugisha, it has only been of recent that Malaika has become a common fixture with film and stage productions. At the beginning of year, she brought to life a battered woman in I Am a Female, this was a follow up to her debut roles in films, Veronica’s Wish and Bed of Thorns.

Green Chilli, though didn’t seem as challenging, it was a production based on two TV personalities with a complicated relationship, yet they have to do a show together – but it wasn’t just their poor relationship at play, the core importance of the show they were doing, none of them believed the audiences still cared or even watched.

The two people cast of Malaika and Mugisha was already too much stardust, but another fact was that the production was directed by Philip Luswata, a seasoned actor and theatre director, and written by Alaa Taha. And of course, for a National Theatre facility that has been criticised for long, it was impressive to see that they commissioned for this particular script.

Green Chilli is an engaging production that follows a day of production of a TV show that once had a spark, The Big Reveal, however, as the years have piled, the two presenters seem to be holding onto the fame the show brought but are not adding anything substantial.

One day, the two are faced with a problem from an audience member whose boyfriend seems to have leaked her nude pictures and video; an interesting topic to tackle in Uganda at the moment, the director beautifully uses his two cast members to portray both the victim whose pictures leaked and the boyfriend believed to have been party to the leaking. 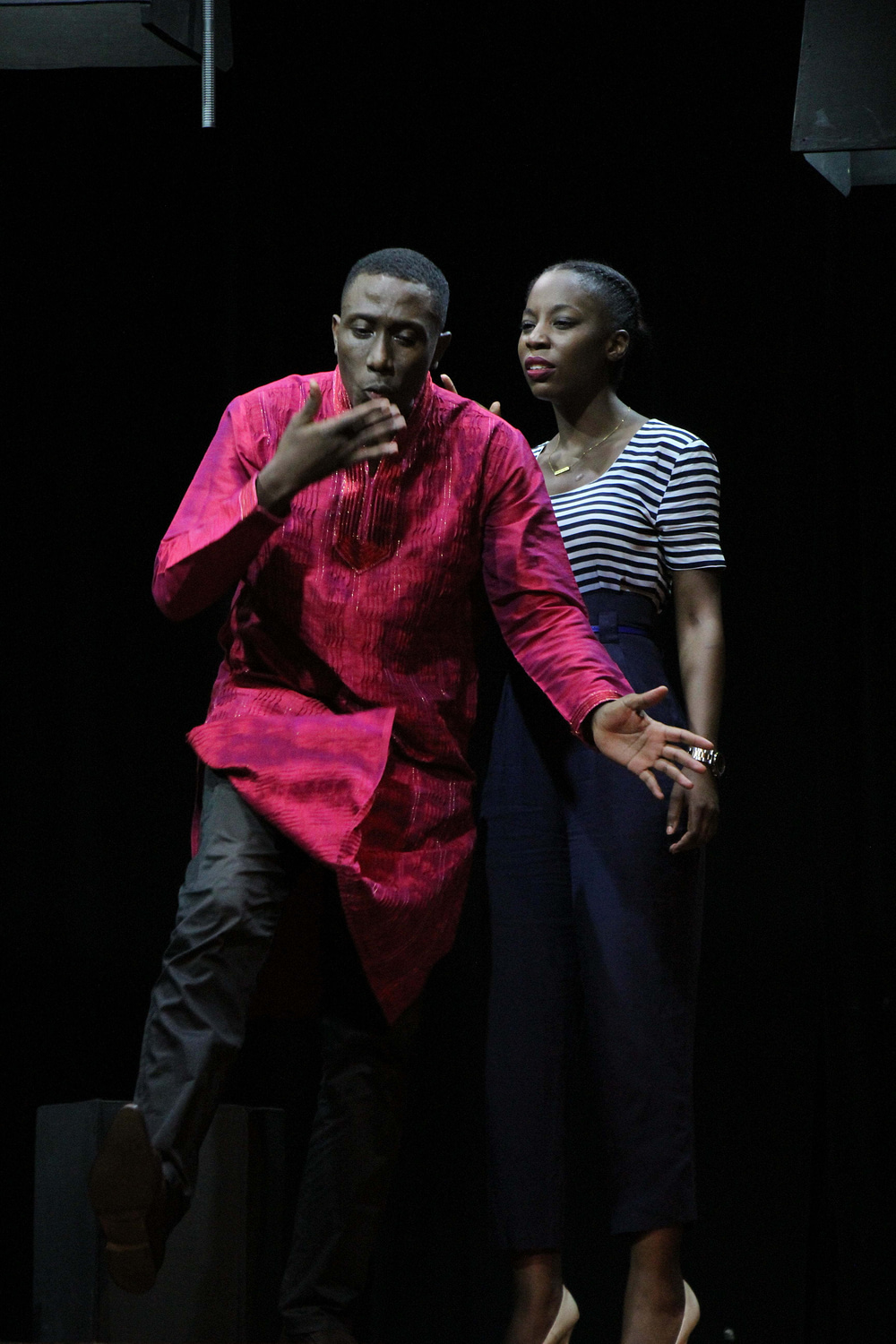 Malaika and Mugisha were amazing, especially because they were not necessarily acting out of the box, they were being their day time jobs with a diva attitude – regardless, they were on top of their game. Their highlights was when they embodied the victims, Roger as Abo, the female victim and Malaika as Boy, the accused. Their comical lines kept the audience focused, for instance when both parties had to defend the sides they believed were right, they did with colour minus annoying activists.

Sadly though, it could hardly help a story whose theme was majorly all over the place. 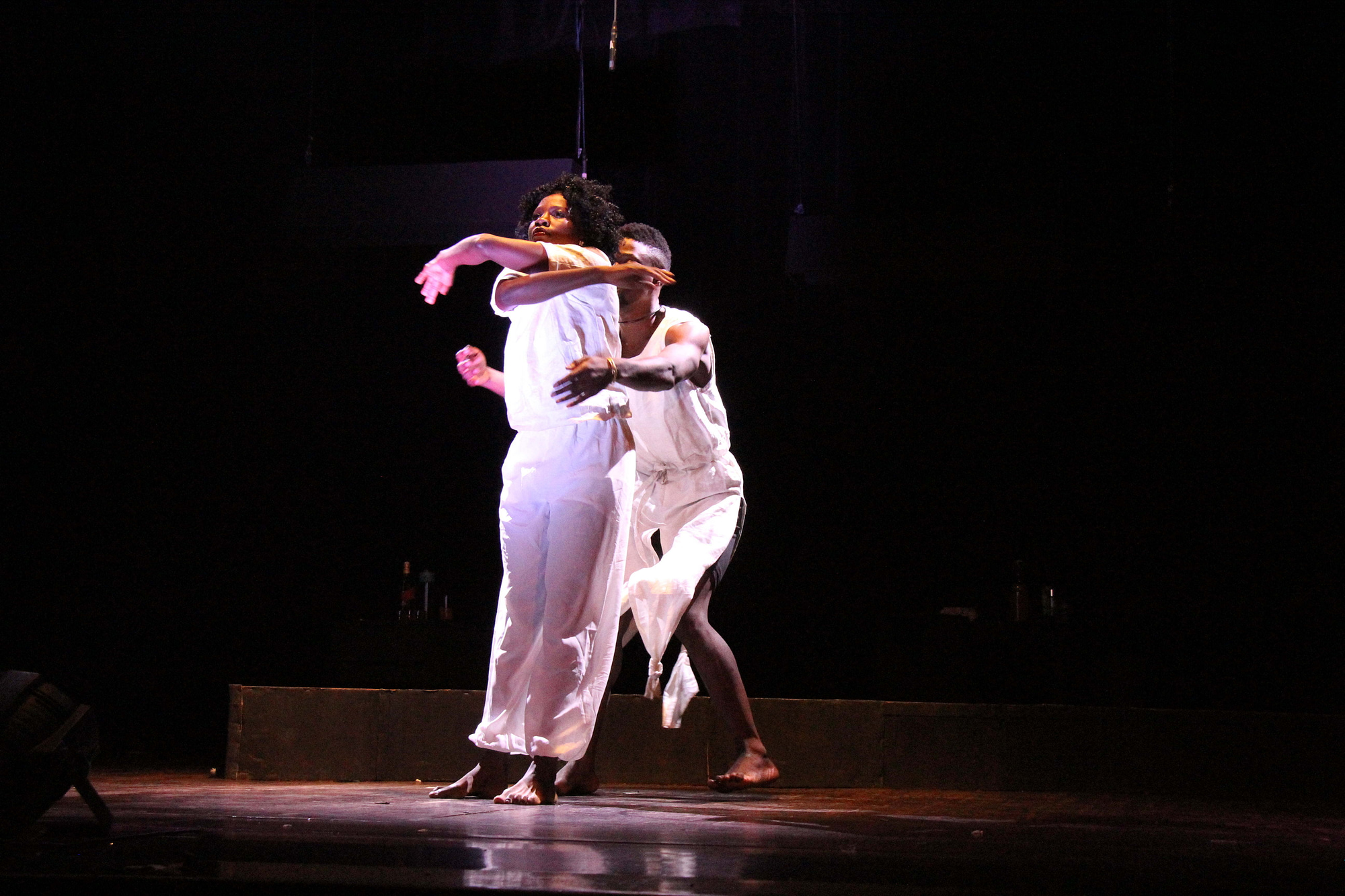 The production opens with a sloppy contemporary dance routine – not that it was not rehearsed, one half of the dancers failed to be clean or smooth with her moves which seemed to hurt the presentation. But besides her unclean act, it was also hard knowing if when they threw their legs and moved about, they somehow carried the story with them, it was hard telling if we needed the routine in the first place.

Green Chili directed by Philip Luswata and featuring a cast of Malaika and Mugisha written by Alaa Taha.