The Chains: Dance Theatre Uganda Returns with a Bang!

We last saw them on stage in 2016. We thought they had gone down the way of most companies – consigned their talents to oblivion. But on 1st February 2020, Dance Theatre Uganda returned to the National Theatre to prove us wrong with their new sensation, The Chains. And, boy, what an electrifying performance!

Choreographed by Edward Ssembatya, The Chains was a one-hour theatrical dance show animating the turn of Africans from communalism to individualism. In a seamless fusion of traditional, jazz and contemporary elements, the concert dance demonstrated the dire consequences posed to society when selfishness gets the better of man. 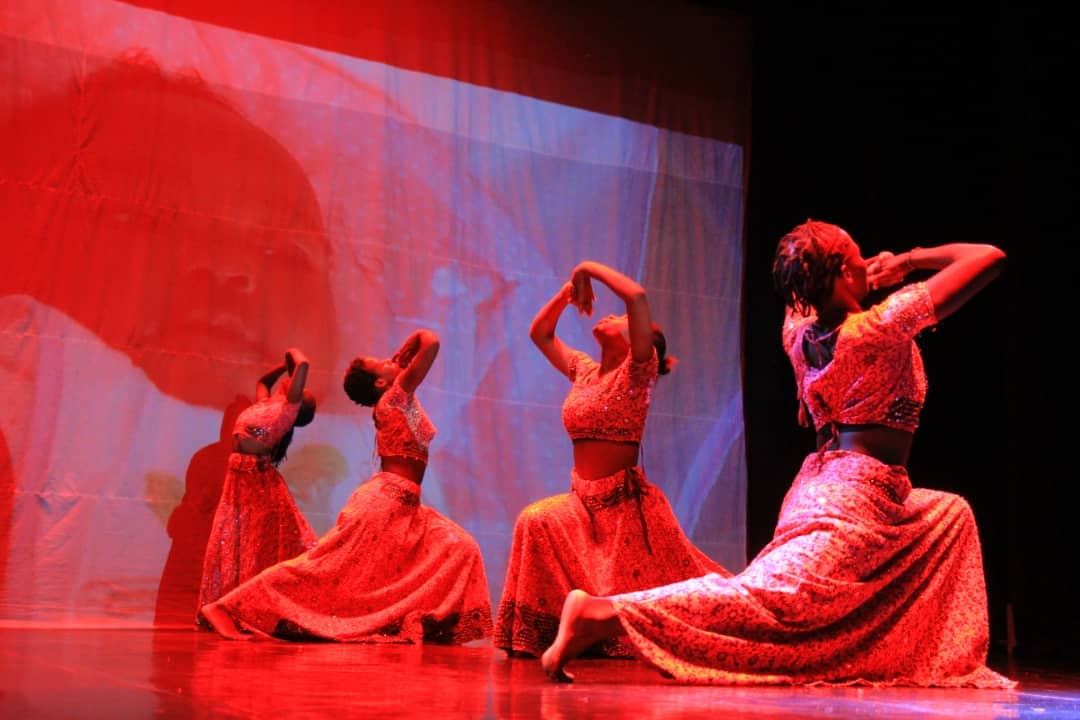 The Chains opens in an African setting. It is a lively neighbourhood where men and women are going about their daily chores. The dance starts ethereally slow but remains spell-binding all the while. As three male dancers go hunting, the audience cannot help becoming edgy. The return of the trio with game meat to the ululations and dancing of the women relieves us into a frenzy. In a quirky twist, the dance builds to a climax of a new world ruined by ego, violence and survival for the mightiest.

As a choreographer, Ssembatya succeeded in building a potent African theme. His quest for the normalcy where brotherhood formed the nexus of African existence permeated the dance. This did not come as a surprise, for he confessed that the script was his artistic smack on the xenophobic killings in South Africa.

To put the choreographer’s message of oneness in focus, The Chains did not have a premier dancer. As Dr Alfadaniels Mabingo, a dance lecturer at Makerere University, intimated in the talk back session after the show, it was thus inclusive. This inclusivity was also seen in terms of gender. Throughout the dance, the distinction between male and female roles was blurred.

Perhaps the most beautiful aspect of The Chains lay in the aesthetics and technical rendering of the performance. The props illuminated by warm lighting of the opening scene were so spectacular that it evoked feelings of nostalgia for an Africa that we lost. In another powerful movement, the raucous dance of the men as they piled car tyres on their victims left our hearts in our mouths, fearing a brutish burning such an action portended. 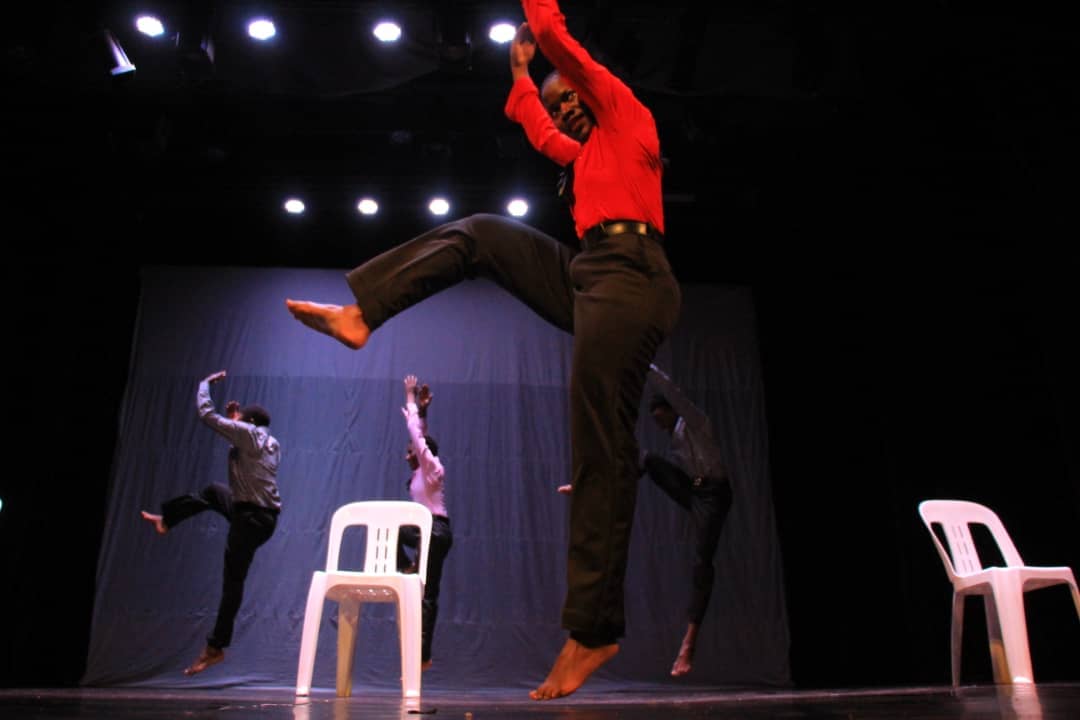 All the dancers, mostly students from Makerere University, were in full control of their bodies. They demonstrated remarkable virtuosity. One cannot forget their character dancing to the percussive rhythms as they ground millet or nuts, proving what Africans have always known – that theatre was not a hobby but part and parcel of our daily activities.

However the dancers’ obvious emphasis on timing denied them a chance to give the performance a more befitting dramatic effect. One would wish they had done much more with their facial expressions and gestures as they did on focus. Without this and the contrived scene shift from the climax to the anti-climax, The Chains proved ingenuous, thought-provoking and masterfully-choreographed. Give me Dance Theatre Uganda, any time, any day.

The Chains was performed by Dance Theatre Uganda at The Uganda National Theatre in Kampala on 1st February 2020.